Destroyed cities and a nuclear disaster do not sound like ideal conditions to attract tourists. But a quick search on Google for such a tour proves the opposite. The basic price for a 4 to 5-hour tour starts at 40 euros, which include a drive through the restricted area and a view of Fukushima Daiichi nuclear power plant. In April 2019, a film crew from the German Galileo  Science Show went on the trail of these tourists. In their luggage, you could also find a DolMo Geiger-Mueller counter from NUVIA. 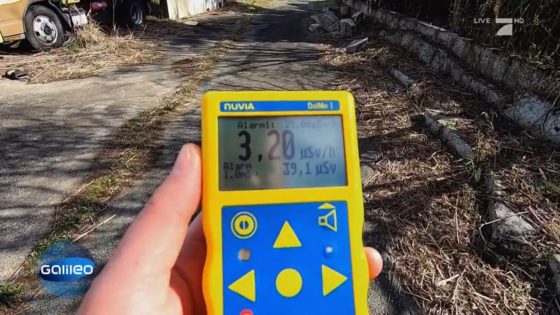 In preparation for the trip to Fukushima Prefecture, the film team gathers information about the potential radiation exposure at the Institute of Radiation Medicine of the Helmholtz Centre, in Munich, Germany: in addition to omnipresent background radiation (e.g. in Munich about 0.1 μSv/h), they are informed about increased exposure in an aircraft. For a flight to Tokyo, this would be around 4 and 10 μSv/h, depending on altitude and solar activity. On top of external radiation, the team might then also be exposed to internal radiation due to inhalation or ingestion during their actual visit to the restricted zone. As a precautionary measure, the expert from the Helmholtz Centre recommends that the team should dispose of the clothes worn and take a shower after visiting the restricted area. Finally, an alarm dose rate value of 25 μSv/h is set on the DolMo; areas exceeding the value should be avoided by the reporters during the trip…

The direct flight from the Bavarian capital brings the reporters to Tokyo. After three hours’ flying, the DolMo Geiger-Mueller counter is switched on for the first time. It shows a value of 5.5 μSv/h due to cosmic radiation. This corresponds to 55 times the gamma dose rate in Munich. The DolMo will remain on until the end of the trip.

Upon arrival in Fukushima Prefecture, the film crew spends the first evening in accommodation in Minamisōma, 50 km north of the nuclear power plant. The local dose rate is usually comparable to Munich. For the remaining inhabitants of the city, dealing with radioactivity has become part of their everyday life. The information about contamination on food is now as natural for them as a price tag for us.

On the next day, the film crew drives to the meeting point for the booked tour and approaches the power plant, only 13 km away. Here, farmers are already cultivating their land again. The upper contaminated solid matter has been ploughed under… After a further 4 km, many roads and buildings have “already” been cleared of their radioactive contamination. In addition, a close-mesh measuring system equipped with probes has been installed. The current value displayed is 0.4 μSv/h: 10 times higher than before the disaster. Closer to the surrounding ruins, the DolMo shows almost 3 μSv/h: the film crew’s curiosity slowly gives way to a feeling of anxiety. 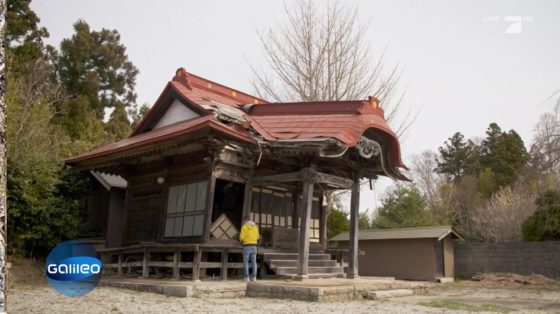 The actual tour into the restricted area then starts. In addition to the film crew and the tour guide, tourists from Germany and the Netherlands are present. The first stop is a coastal strip wiped out by the tsunami. From an observation tower, tourists can see the remains of a village. Construction workers have set up tsunami barriers – the disaster should not be allowed to be repeated. At a former school building, the visitors can see traces of the waves on the top floors. The students and teachers managed to flee onto a hill within 15 minutes of the tsunami warning and saved their lives.

The tour continues. Along the streets, big black sacks pile up, with over 16 million tonnes of contaminated soil and debris. These should be stored here for the next 30 years. What happens afterwards has not yet been decided… The 30 years correspond to a half-life of caesium 137. In 2041, half of the originally existing activity will still be left. In nuclear medicine, radioactive nuclides are usually stored for 8 to 10 half-lives before they are disposed of. 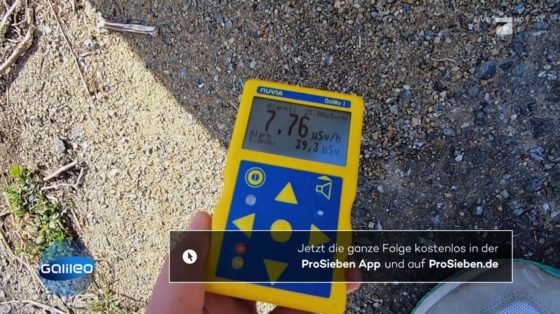 The tour continues. Off the main road the crew quickly realises that the decontamination operations are often limited to the main expressways. On these side roads, the measured dose rate increases quickly. At 6.3 μSv /h, the tour guide turns the car round. With a special authorisation, we continue into the restricted area: 4.2 km from the power plant, decontamination work is only just beginning. Dust is in the air. The DolMo shows 7.78 μSv/h. Now the film crew and tourists are only 3.8 km away from the power plant. Time stands still, and the buildings’ condition reflects the triple disaster.

Suddenly, when there are only 2 km to go, the nuclear power plant Fukushima Daiichi, or what is left of it, appears. After a snapshot or two and a few glances to the DolMo (5.8 μSv/h), the tourists and film crew leave this surreal place… Back at the hotel, the crew throws away its clothes, as recommended, and with them any contamination that might be attached. 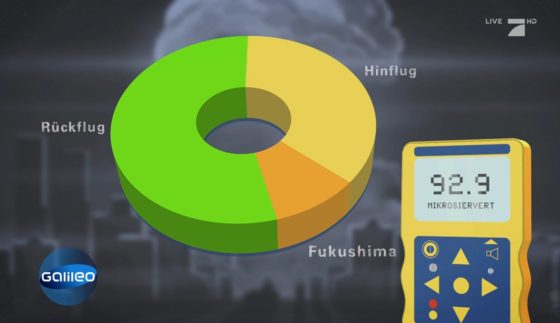 As the return flight to Munich approaches, the Geiger counter collects an additional dose of 48 μSv. Therefore, the total dose for the Galileo film team amounts to 92.9 μSv, with only a modest dose of 8.5 μSv attributable to the 2-day stay in Fukushima prefecture and the restricted area.

Even after 8 years, the effects of the disaster in and around Fukushima Prefecture are omnipresent. For journalists, students and researchers, an expedition is certainly instructive and, in view of the expected dose rate, can be considered harmless. As a pure catastrophe tourist, you will have a bland aftertaste. But as a simple visitor, you just go back home after your vacation… The people who were living in the restricted zone didn’t have such an option… 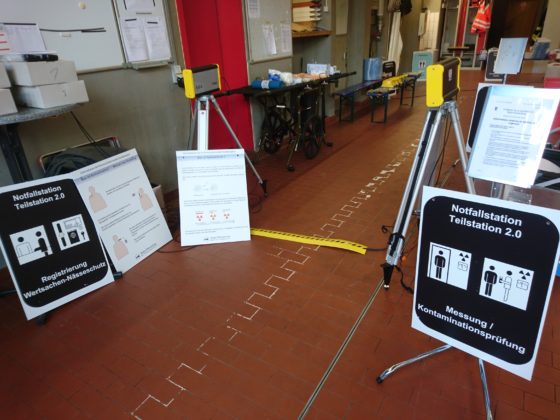 Based on the conclusions following the reactor disaster in Fukushima, the recommendations of the German Radiation Protection Commission for the construction and operation of emergency centres after a reactor accident were revised. Various German federal States such as Baden-Württemberg and Schleswig-Holstein have already implemented these new recommendations.